1 (800) 876 6071
Jersey City Invoice Factoring Company
1st Commercial Credit | Jersey City
Over 3,400+ clients funded
No up front fees to set up
No financial required
Funding in 3-5 days
Fast Approval Process With No Financials Required
REQUEST A QUOTE
Rates at
0.69% to 1.59%

What Is An Invoice And Is It A Legal Document? How To Get Approved?

An invoice is a list specifying the services or products provided by a vendor to a customer. The invoice should also display other crucial transaction elements such as shipping cost, sales tax, handling, and other applicable fees. At the end of the invoice, there will be a comprehensive total of the costs incurred by a client for the products or services purchased.

Most invoices come with a unique identification number, and all invoices should show the date. The invoice date is given when the invoice is generated. It's not the transaction date. This is a crucial fact to be aware of when determining the invoice due date.

‍The weak legal standing of an invoice is the exact reason why vendors require specific extra measures such as signatures from the client or some other binding form of acceptance before a product is sent out. This makes sure that accountability works both ways for an invoice.

Most Popular Industries We Fund in Jersey City, New Jersey 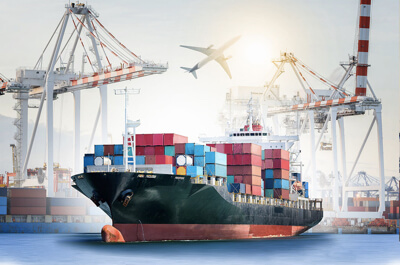 What is Purchase Order Financing And How To Apply For It?

A purchase order is an arrangement where a third party (factoring company) agrees to give a supplier sufficient cash to fund a customer's purchase order. Suppliers always have to have the ability to finance large purchase orders.

Suppliers can satisfy their customers' needs while expanding their business by using PO loans to fund purchase orders. Banks tend to be more picky and strict with small businesses, preferring to lend to companies with good credit scores and a long time in operation.

On the other hand, purchase order financing companies like 1st Commercial Credit are willing to fund suppliers even if they have low credit scores and have not been operating long. We are more interested in the creditworthiness of the customers that send in purchase orders. PO loans are much easier to obtain, and the process is faster.

Oftentimes, businesses need to buy items from suppliers before fulfilling an order but do not have access to enough cash to do so. In this case, purchase order financing might be a good option for your Jersey City business. Common types of industries that benefit from PO financing include:

What are the typical parameters 1st Commercial Credit considers in PO Financing?

Many parameters will be considered during the review process carried out by a factoring company in New Jersey. It will all come down to risk at the end of the day, how long it will take to be delivered, type of product/services, transaction history between vendor and the account debtor, and most importantly, gross margin.

In summary, the typical parameters for PO financing include:

What Is The Purchase Order Financing Process?

Suppose your customer places a large order. After consulting with your supplier, you realize you don't have enough cash to fulfill the order. If you decide to work with an invoice factoring company like 1st Commercial Credit and its PO financing program, here's what the process will look like:

Our invoice factoring application process includes filling out a short application form, having invoices for work or orders already satisfied, and having creditworthy customers.

Manufacturing companies in Jersey City prefer working with 1st Commercial Credit because we offer the best supply chain finance solutions. Our process is fast and straightforward. No financials are required to apply, no upfront, hidden, or minimum fees. We can make same-day decisions, offer customized rates, and accept low credit scores.

1st Commercial Credit's invoice factoring and accounts receivable lines of credit provide the total flexibility needed to enhance your company's capacity to grow without having to pledge collateral. We base approval for a credit line based only on your customer's financial strength, not your company's. Manufacturers and importers in New Jersey need more cash flow to run their businesses successfully. 1st Commercial Credit can help you fulfill suppliers' payments, offer credit terms to clients, and cover many other financial responsibilities.

Having the ability to acquire and upgrade manufacturing equipment and machine tools is critical for businesses to operate well and efficiently. To remain competitive, manufacturing companies should try to find ways to help them preserve their cash to invest it in growth opportunities instead of losing a big part of it on new equipment. It is vital to lease or finance their equipment with a reliable and experienced lender who knows the industry and the equipment required. 1st Commercial Credit has worked with manufacturers in Jersey City for many years and is very knowledgeable about the industry. We can provide a variety of financing plans for new and used equipment for manufacturing firms with flexible terms tailored to their specific and unique needs.

When choosing between new or used equipment, it is good to compare the two options to see which one fits your needs and possibilities better. An equipment lease and an equipment financing agreement are the two significant ways to acquire equipment, but they are structured differently.

Equipment leasing is when you essentially rent a piece of equipment from a lender and pay monthly payments to the lender for the duration of the lease. You can either renew the lease, purchase the equipment, or return it when the lease ends. On the other hand, equipment financing is borrowing money from a lender to buy a piece of equipment. The financier can loan a part of the equipment cost or the total amount, which will need to be paid back the loan along with regular interest payments.

The main difference between the two financing plans mentioned before lies in the ownership of the equipment. An equipment lease lets you rent a piece of equipment from a vendor of your choice, but you’re not the owner of that equipment. On the other hand, you fully own the equipment with financing as long as you make loan payments according to the agreed terms. Either financing option is excellent, and the team of specialists at 1st Commercial Credit can help you find out which program would be best for your company’s specific situation.

1st Commercial Credit is an experienced accounts receivable financing company that can provide lending options for staffing companies in Jersey City. Payroll factoring is a process that turns your outstanding invoices into the cash you need to fulfill company payroll each week. We provide a financing alternative so you can fund your Jersey City business without taking on the additional debt created by using typical bank loans. With our payroll factoring program, we use your outstanding invoices as collateral. We do not care about your company's credit scores because we are more interested in the creditworthiness of your customers. Once everything is verified, we set up your account within 3 to 5 days and begin advancing cash based on the value of your invoices.

Suppose your Jersey City staffing company is growing faster than your operating capital. In that case, 1st Commercial Credit can help with payroll financing using receivables. Cash flow is needed to hire new employees, extend payment terms to clients, and increase marketing. A factoring company can provide lending options for staffing companies in Jersey City and provide a steady and reliable source of working capital.

1st Commercial Credit evaluates a company to understand the specific objectives and match them with the appropriate factoring program to fulfill all their payroll funding needs. After approval, you can begin borrowing money for your staffing agency within 24 hours and begin funding payroll.

Financing staffing agencies is a straightforward process for 1st Commercial Credit. We have over 18 years of experience offering accounts receivable factoring for staffing companies in New Jersey.

Jersey City is an employment center for the region with over 100,000 private and public sector jobs. Many of these jobs are in the financial and service sectors and shipping, logistics, and retail. About one-third of the private sector jobs in Jersey City are in the financial services industry: with more than 60% in the securities industry, 20% in banking, and 8% in insurance.

The headquarters of Lord Abbett and Verisk Analytics are in Jersey City. Other significant companies conducting operations in this city include Computershare, IPC Systems, ADP, and Fidelity Investments. In 2014, Forbes magazine moved its headquarters to this district, bringing 350 jobs to the city over ten years.

What Is Jersey City Known For?

Jersey City is considered the second most populated city in New Jersey, just behind Newark. The city's population was calculated to be around 262,075 in 2019, making it the 80th most populous in the country.

Some of the most recognized features of Jersey City include Liberty Island National Park and the Ellis Island Immigration Station. The city is also home to the Historic Hudson Tubes Powerhouse, the Liberty Science Center, and the historic former campus of the Jersey City Medical Center.

Jersey City has one of the most complete transit and transportation systems in the nation. The city has public and private bus lines, the Port Authority PATH Subway System, the Hudson-Bergen Light Rail System, The NY Waterway Ferries, the New Jersey Turnpike Extension, the Pulaski Skyway, and the Holland Tunnel to New York City.

1st Commercial Credit is a company factoring receivables for New Jersey and various cities including: