1 (800) 876 6071
Orlando Invoice Factoring Company
1st Commercial Credit | Orlando
Over 3,400+ clients funded
No up front fees to set up
No financial required
Funding in 3-5 days
We offer a variety of financial solutions to help your cash flow problems.
REQUEST A QUOTE
Rates at
0.69% to 1.59%

We offer a variety of financial solutions to help your cash flow problems.
Request a quote

Your Orlando business can benefit in many ways from working with a factoring company. Compared to a traditional bank, a company that works by factoring your receivables will offer different financial solutions, and it will also make the process smooth and fast.

Selecting the right solution for your company's short and long-term funding needs is critical to your success. In this search, it is vital to choose a financial partner that offers the most flexible and cost-efficient product choices for your needs.

1st Commercial Credit offers a variety of financial solutions to help your cash flow problems. We will always have our customers as the main priority when offering options.

Here are five ways we deliver superior products and services than other lending companies in the receivable loans marketplace:

Most Popular Industries We Fund in Orlando, Florida 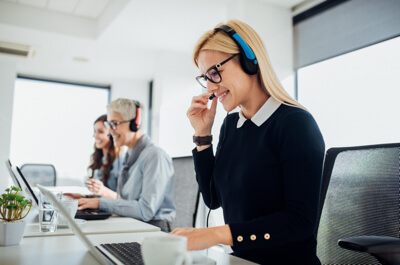 Your Orlando Company should have the ability to grow without worrying about turning down contracts or be forced to minimize the growth because of cash flow shortages. Many successful businesses think it is their fault if they face this situation. Still, the reality is that any growing business will have to offer better credit terms to clients, which means payments will come long after the service or goods have been delivered. All this comes with running a successful business, and your competitors are experiencing it too. The only difference is whether the right financial partner is selected to go through this with you.

We make it an easy and fast process to access cash flow for your business. We leverage your buyer's credit eligibility, not your company's. 1st Commercial Credit will evaluate your accounts receivables and provide you with a solution and a decision within a few days.

Is Factoring A Quick Way For Companies In Orlando To Raise Working Capital?

A factoring company in Orlando converts pending invoices sold for immediate working capital at a discount. Compared with a traditional bank loan, it is a simple, fast, and easy way to access business cash flow. A company that factors receivables also has a quicker approval process.

1st Commercial Credit is an invoice factoring company in Florida that specializes in evaluating accounts receivable and offers various finance solutions to Orlando businesses. The requirements are not as lengthy, and the main need is that an applicant has invoices for orders that have already been delivered. If the company has been in operation, meets revenue requirements, and is free of liens or legal issues, approval is likelier.

Invoice factoring is an excellent financial solution for companies to improve cash flow. No debt is incurred, and businesses don't need to wait weeks or months for payments to come in using your pending invoices and exchanging them for cash is an immediate and effective solution.

Which Orlando Businesses Can Benefit From Invoice Factoring?

Suppose your Orlando business is experiencing low levels of available working capital and struggling to cover operational expenses. In that case, your business will benefit from working with an invoice factoring company in Orlando. Your company's regular cash flow is necessary for everyday operations. Sometimes a steady and consistent cash flow may be difficult to predict or maintain.  Many Orlando business owners find it increasingly difficult to run successful companies, particularly with rising costs and high-interest rates.

1st Commercial Credit provides invoice factoring services for all types of businesses in many industries as well as loans on accounts receivables. We fund unpaid invoices for small, medium, and large companies every day. Our customers enjoy incredible growth after they set up an accounts receivable factoring agreement with us.

Our receivable factoring services allow our customers to offer better credit terms to customers without running into cash flow issues. We provide fast funding, flexible approvals, affordable rates, and other financial solutions that help companies with their financial needs.

We fund businesses of all sizes and work in various industries. We finance trucking and freight-related companies in Orlando that face the same cash flow issues. Having to cover operational expenses such as filling up fuel tanks and payroll while receiving payments after 35 to 55 days. 1st Commercial Credit provides instant cash flow for transportation companies within 24 hours of submitting the invoices.

Manufacturers take advantage of our supply chain finance solutions. We offer Orlando manufacturers the highest advance rate against the face value of the outstanding receivables. Purchase order financing and trade payable financing are other financial solutions available for qualifying Orlando manufacturing companies. Once your manufacturing plant is established with our receivable-based line of credit, we can offer ancillary financial services.

One of the most common financial needs for staffing agencies in Orlando is payroll funding. Accounts receivable factoring companies can provide you with fast cash to cover operational expenses, including payroll.  Staffing agencies in Orlando experience growth after selling their receivables to 1st Commercial Credit as they increase their cash flow for daily expenses.

1st Commercial Credit offers transportation equipment financing that can be used on most types of vehicles and over-the-road equipment. By turning to a loan or lease to obtain equipment, business owners can ensure they have enough funds to continue expanding their operations. Equipment finance agreements offer the perfect way to grow your trucking and transportation business without significant out-of-pocket expenses.

There are a couple of things to know regarding equipment leasing and loans with 1st Commercial Credit. First of all, we have an easy and fast approval process. We are proud to provide answers on the same day and funding within 24 hours. Equipment leasing or financing also will bring an overall faster sales cycle, and your customers won’t have to wait until you can gather enough cash to buy the equipment, improving your cash flow.

We know that the transportation industry is unique and has specific needs that are constantly changing; this is why we provide various types of loans and leases to fulfill the needs of all of our customers. Partnering with us will enable you to finance box trailers, forklifts, work trucks, reefer trailers, and many other types of vehicles.

1st Commercial Credit provides solutions to businesses who have been turned down by traditional bank lending options and sometimes even other equipment lenders. If your company is looking for an alternative to bank financing to get new or used transportation-related equipment and machinery, 1st Commercial Credit has the solution.

We will work with your business situation to help structure a competitive financial solution. We also provide semi truck financing for those companies looking to acquire extra commercial trucks for the business. We have come up with a new offering for recent or credit-challenged trucking businesses called “OTR TruckStarter.” This plan offers more flexibility in the approval processes for trucking companies under 1 year in business and helps them build and restore credit. This is also an excellent financial solution for those trucking business owners with a good credit score but not enough comparable debt.

Need Funding For Your Orlando Company?

The city of Orlando has experienced growth and success over the years. The millions of tourists have benefited Orlando’s economy immensely, allowing for the innovation and development of many other industries in the city as well.

Orlando's major industries and commercial activity diversify significantly, with some of the most significant sectors being high-tech, aerospace, aviation, film and television, biomedical technology, manufacturing, and distribution.

Many companies have selected Orlando because of the opportunity and excellent location and climate. With many tech companies moving to Orlando, it has made this city one of the fastest-growing high technology centers in the nation. It is well-known for its research centers, educational facilities, software design, digital media, and many others. Companies in the IT industry have selected Orlando because they want a location that will provide their business with a supportive tech ecosystem and the proper infrastructure. Orlando will be the future home to companies like Orion Technology Services, MDSL, Neosystems, and ITyX.

The advancement in the tech industry has also pushed Orlando’s manufacturing industry to become a prominent contributor to its economy. Manufacturing companies are attracted to orlando because of its efficient service, low cost, workforce, and quality of life. Warehousing and distribution are other two industries that also have benefited from Orlando's manufacturing success.

Learn how Orlando businesses can benefit from a factoring company like 1st Commercial Credit that works with accounts receivables and can provide financial solutions for your business.

What Is Orlando Known For?

The city of Orlando experienced rapid growth starting in the 1970s into the first decade of the 21st century. Orlando is a famous vacation destination in Florida and the country. Receiving about 60 million visitors each year, as of the most visited cities globally,  Orlando offers many options for activities, such as amusement parks, resorts, restaurants, shops, sports, beaches, nightlife, and many others.

Orlando’s population of more than 2,509,831 makes it the 23rd largest metropolitan area.  An estimated city-proper population of 287,442 makes it the 71st-largest city in the United States and the fourth-largest city in Florida. The Orlando Airport is the 13th busiest airport in the United States as many tourists travel to visit Orlando, one of Florida’s biggest attractions.

Some of the big theme parks in Orlando include Disney World and Universal Studios, Legoland, Aquatica, and Gatorland. Orlando also makes it very convenient and enjoyable to find all kinds of accommodations around the city and close to the main attractions. This setup contributes to the success of Orlando’s tourism and the overall economy.

Orlando offers an incredible array of activities in the Downtown area, which tourists visit as well. Downtown Orlando is the largest urban center in Central Florida.

Orlando is also home to various universities. The University of Central Florida is the second-largest university in terms of enrollment.