1 (800) 876 6071
Factor Companies in Colorado
Invoice Factoring In Colorado
Over 3,200 clients funded
Supply Chain Financing Solution
No up font fees to set up
No financial required
Funding in 3-5 days
REQUEST A QUOTE
Rates at
0.69% to 1.59%

Factoring accounts receivables with an experienced factoring company is a great alternative form of financing available to Colorado businesses. Some of the benefits of working with a company that factors like 1st Commercial Credit include:

Having quicker access to working capital for your Colorado business.

You no longer have to wait for invoices to be paid in 30, 60, or 90+ days. Access to cash is fast and straightforward once your business is approved.

An alternative to Bank Loans

Obtaining a loan from a bank can be tedious and never-ending. Working with a factoring company will save you time and money because no collateral is required, and we make a prompt decision.

1st Commercial Credit knows your time is valuable and should be spent focusing on the growth of your business and the relationships with clients. We cared about your priorities and made the application process quick and straightforward; a 2-page application form, easy set up in 3 to 5 days, and funding within 24 hours after a decision is made.

Most Popular Industries We Fund In Colorado

Financial flexibility to be able to continue growing. No need to turn down potential business because of a lack of cash flow.

Retain Ownership of the Business

Partnering with an experienced factoring company will provide optimal financial solutions to focus on the essential thing: to continue growing your business and creating long-lasting relationships with clients and suppliers. This type of financing will also allow you to keep full ownership of your business and not have to give out part of it to qualify for a traditional bank loan.

What is a Factoring Company?

A factoring company (or accounts receivable factoring) converts invoices sold on credit terms for immediate working capital at a discount. It has become a simple, fast and easy way to access business cash flow. In comparison with a traditional bank loan, a company that factors receivables has a quicker approval process.

1st Commercial Credit is a factoring service company that specializes in evaluating accounts receivable and can make a prompt approval decision. The documentation requirements are not as lengthy, and the main requirement is that an applicant has invoices for work or orders that have already been satisfied. It also helps to have creditworthy customers. As long as a business has been in operation, meets revenue requirements and is free of liens or legal issues, approval is likelier.

Why is advanced manufacturing booming in Colorado (CO)?
Colorado offers a combination of assets, including its access to a large, highly qualified workforce. Colorado ranks 2nd for highly educated states with 39.9% of the population 25+ with a Bachelor's degree or higher. This state also offers a pro-business environment and a competitive tax structure. As for tech, both Boulder and Denver both ranked among the top cities in the country.

Advanced manufacturers also find support from a central location and extensive infrastructure for easy global access. Colorado is well-positioned to continue growing its advanced manufacturing industry because of the ongoing support from public-private partners that will, in turn, attract high-paying jobs and strengthen its competitive edge in the global economy.

Manufacturing companies in Colorado are vital to a strong Colorado economy and have significant growth potential. Colorado manufacturers are innovative, use advanced processes, and leverage a highly skilled workforce to support diverse sectors.

If you are looking for a Colorado factoring company for manufacturing, 1st commercial credit offers receivable finance for advanced manufactures in Colorado experiencing working capital issues.
‍
1st Commercial Credit's invoice factoring and accounts receivable lines of credit provide the financial flexibility needed to enhance your company's capacity to grow and not have to worry about cash flow issues or pledging collateral. We focus on your customer's credit line and financial ability to pay, not on your company's.
MillerCoors is one of the companies in Colorado tapping into the Rockies for advanced manufacturing innovation, but it isn't the only one.

Close to 6,000 manufacturers across various business sectors, including energy, aerospace, electronics, biomedical, and food and beverage in Colorado, disrupt their industries with advancements in manufacturing technologies. In addition, because of the precision of the Colorado workforce, the average annual wage for advanced manufacturers in the state is 43 percent higher than the average yearly wage for all industries.

With the ongoing, collaborative support of its public-private partners, Colorado is well-positioned to grow its advanced manufacturing industry further, attract high-paying jobs and strengthen its competitive edge in the global economy.

What is a Factoring Line of Credit, and How Can Your Colorado Company Get Approved?

A factoring company converts pending invoices into immediate working capital at a discount. Compared to a traditional bank loan, companies that factor receivables have a quicker approval process and easier access to cash for your Colorado business.  Obtaining a factoring line of credit with a factoring company will be the best financial solution to your cash flow problems.

Factoring companies like 1st Commercial Credit specializes in evaluating your company’s accounts receivables in Colorado and can make a prompt approval decision. The documentation requirements are minimal, and the primary condition is that an applicant has unpaid invoices for services or products that have already been delivered. Approval is likelier if a business meets revenue requirements, has been in operation, and is free of liens or legal issues.
‍
Businesses experience incredible growth after choosing an invoice factoring company as a financial partner. Your Colorado business will be able to offer better credit terms to customers without facing cash flow issues.
‍
1st Commercial Credit can offer the best Colorado invoice factoring for businesses serving many industries. With more than 18 years in the business, we can evaluate your company’s receivables and provide you with funding options. We have experience funding staffing agencies, manufacturing, distributors, medical providers, IT, and many other industries.

Need Funding For Your Company In Colorado?

Does Your Colorado Business Need An Accredited Invoice Factoring Company?

Colorado businesses are turning to invoice factoring companies as an alternative to bank loans. One of the main reasons companies need to access financing for their growing business is cash flow shortages. As a company grows, cash is required to fulfill orders and keep up with operations. 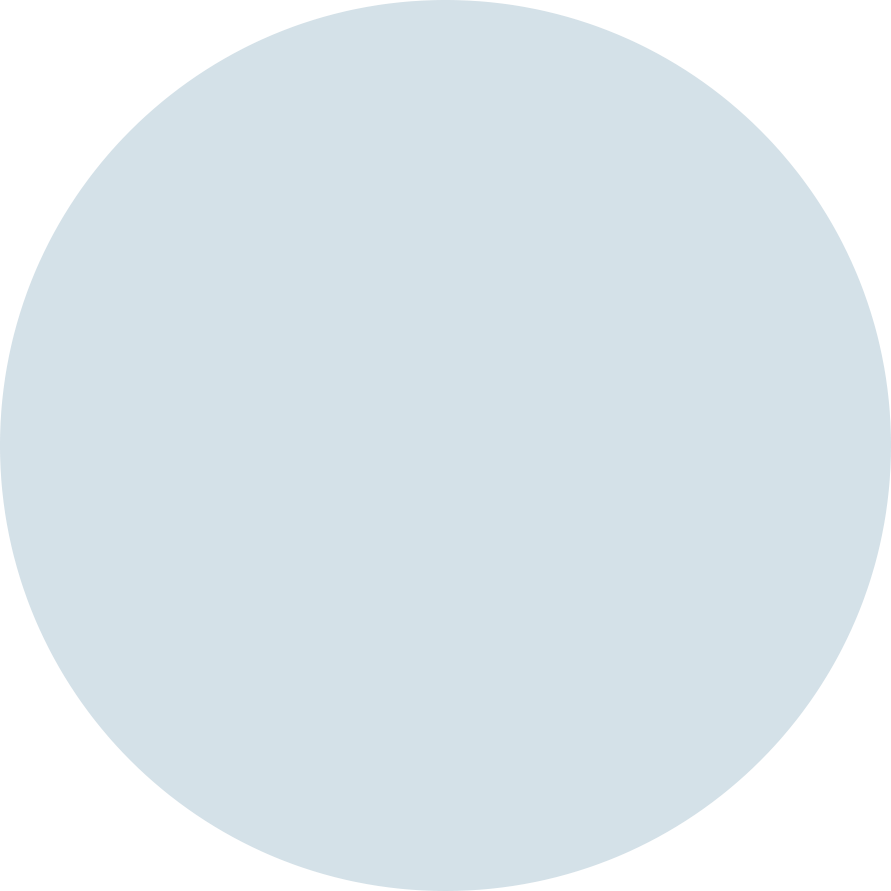 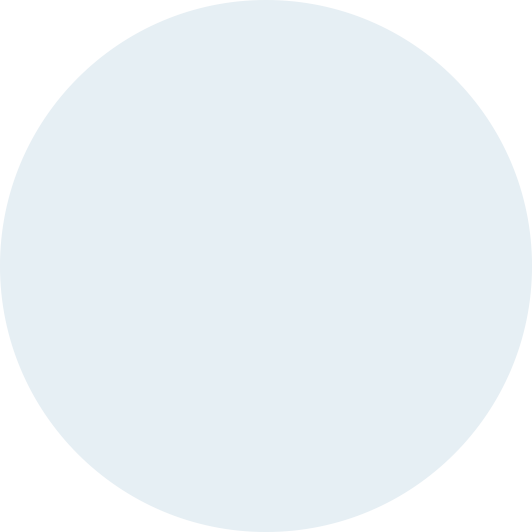 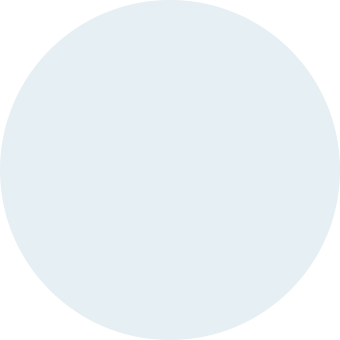 When a company has slow-paying customers that can take 30,60, or 90+ days to pay their pending invoices, it can cause problems within the business. Paying important suppliers on time is crucial for the company, and if this is not possible because of lack of cash, operations and relationships with clients can be interrupted.

Businesses in Colorado can benefit from accounts receivable financing and invoice factoring. If your Colorado company is waiting on invoices to be paid and needs cash now, 1st Commercial Credit can offer several financial solutions for your business.

We Factor Your Invoices Anywhere In The State Of Colorado:

A big part of Colorado’s economy is driven by tourism, skiing in the winter months, and mountain activities in the summer. Colorado is considered a comparatively wealthy state, ranking high in terms of household income.

The industrial and service industries have significantly expanded in Colorado, and the state has a high concentration of scientific research and high-tech industries. Trucking and freight, food processing, machinery, minerals, and tourism are crucial industries in the state. The capital of the state, Denver, is also an important financial center.
‍
Other significant parts of the economy include government and defense and manufacturing. Colorado’s current agricultural products include wheat, cattle, marijuana, dairy products, hay, and corn in the agriculture sector.

Learn More About The Centennial State

Colorado is one of the Mountain States located in the Mountain West region of the United States. The state is surrounded by most of the Southern Rocky Mountains. The beautiful state of Colorado is known for its landscape of mountains, forests, mesas, canyons, high plains, plateaus, desert lands, and rivers. Colorado’s population is 5,807,719 as of 2020, making it the 21st most populous state in the country. Denver, the capital of the state, is the most populous city in Colorado.

Native Americans inhabited the region for many years, and the eastern side of the Rocky Mountains was used as a migration route to reach and spread in the Americas. “Colorado” comes from the Spanish word that means “colored red.” This state is also nicknamed the “Centennial State” because it became a state after a century after the United States declared independence.

All year round, there are many outdoor activities and things to do in Colorado. The state is globally known for its incredible ski resorts and the ski season. As a significant part of the economy, the ski season can last up to 6 months of the year, and Colorado has many resorts within the state. The most popular ski resorts include Vail Resort, Beaver Creek, Breckenridge, Aspen, and Keystone. The ski days in Colorado are famous for excellent snow and blue skies.

In the summer, Colorado is a perfect place for those looking for adventure and mountain life. People from around the country and the world choose Colorado summers because of the fantastic summer weather with an average summer temperature of 80 °F / 25 °C. Some of the popular outdoor activities in Colorado in the summer include rafting, hiking, biking, horse bike riding, golf, camping, tennis, and fishing.

Due to being a mountain state, Colorado is an active and vibrant state perfect for those who love nature and the outdoors. Because of this same reason, Colorado is generally considered among the healthiest states in the US, according to healthcare researchers. The state also has the lowest rates of obesity in the country, and the life expectancy for a Coloradan is 80.21 years, the longest of any US state.