Central Texas | Commerce Booms in the Heart of it all

Commerce booms in the heart of it all

Central Texas is home to approximately 1.2 million people, accounting for less than 5 percent of the state’s total population, but the region’s population grew by more than 10 percent between 2010 and 2019.

While the area’s agriculture sector is not driven by fruit or vegetable production, Central Texas does boast a diverse fresh produce pipeline. Wholesalers, importers, and suppliers across the region reap the benefits of the area’s robust restaurant scene and an ever-expanding customer base.

“There’s an advantage to being located in Central Texas, where all the current growth action is happening,” comments Raul Esqueda Jr., president of 1st Commercial Credit, LLC in Austin, which specializes in factoring invoices for the industry.

Central Texas farmers grow a wide range of fruits and vegetables from strawberries, grapes, and peaches to asparagus, broccoli, and tomatoes.

“The great thing about Central Texas is we have two growing seasons, so there are many items that grow here,” points out Nora Chovanec, deputy director of the Texas Farmers’ Market in Austin.

Central Texas is home to some of the fastest-growing metro areas in the state.

Nearly 40 percent of the regional population is concentrated in Bell County, which includes the cities of Temple and Killeen. Temple is known for its manufacturing operations and distribution and logistics companies.

Waco, located on the north side of the Central Texas region, is consistently rated as one of the top places to live and work, this metro area continues to attract residents and businesses. With a bustling downtown area and prime riverfront properties, Waco is home to three industrial parks and bountiful development opportunities.

The capital of the Lone Star State, Austin, is a dynamic city with a booming business scene and rapidly increasing population.

Unfortunately, the pandemic forced restaurants, hotels, and institutions to close, which in turn forced suppliers to switch gears, selling restaurant-quality fruit and vegetables directly to consumers. One example is the Austin branch of wholesaler Hardie’s Fresh Foods who transitioned to pop-up markets, selling directly to consumers. Customers place their orders online, then choose between home delivery or curbside pickup at various locations.

As restaurants, hotels, and other facilities reopen, some food service produce suppliers say things are looking up in Central Texas.

While Central Texas produce businesses have faced unprecedented challenges in the past year, most remain optimistic about the future.

Esqueda echoes this enthusiasm, predicting that 2021 will be a more prosperous year than 2020. “However, more consumer confidence will be required to stimulate the economy,” he adds.

In the meantime, some Central Texas produce suppliers are using the downtime as an opportunity to improve their operations and plan for future development.

“The reduced demand of the past several months has given us a chance to take a step back and think about how to become more efficient in our operations in the future,” says Huynh. “Even with the uncertainty of Covid, we definitely see a long-term future of continued growth.” 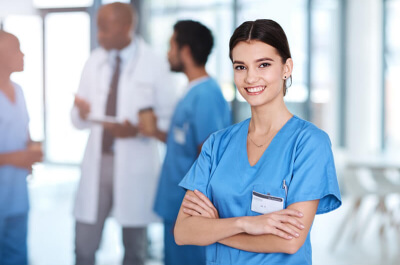